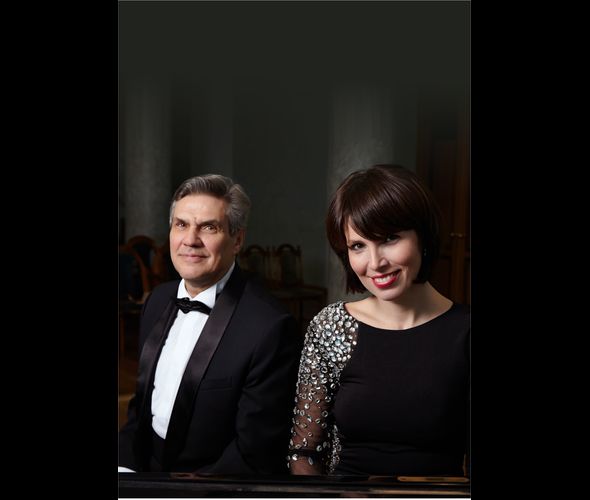 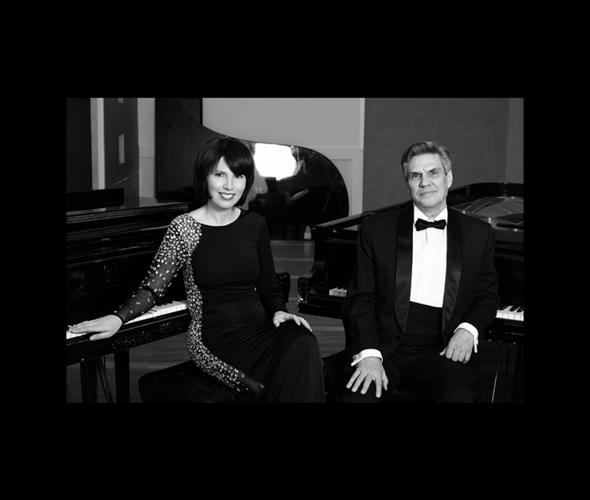 The piano duet of the Belarusian State Philharmonic Society was established in 1980. During the time of its existence the artists replaced each other, but one of them has always been the part of the ensemble – its establisher Valery Borovikov.

In 2011 Natalia Kotova and Valety Borovikov took part in the I International Forum "Magic of the Piano", where such greatest pianists as N. Petrov, A. Gindin, B. Berezovsky played too. In 2012 the duet played during the International Piano Stars Festival in Latvia and in the frames of this festival they gave several solo concerts and performed together with the symphony orchestra. In 2013 they participated in the VIII International Yuri Bashmet Festival in Minsk and the LVI Warsaw Autumn International Festival of Contemporary Music, and in 2015 in the "The World Classical Music Series" in Dubai (the UAE).

Piano duet Natalia Kotova and Valety Borovikov was the initiator and organizer of the series of musical evenings, called "Duettissimo" with the participation of piano duets from abroad, which are held in Belarus since 2008. The musicians even released a CD, called "Duettissimo-2008" with the recordings of concerts.

Piano duet has recordings on radio and television.

The repertoire of the ensemble is broad and all the time is filling up with new original compositions. The transcriptions by V. Borovikov are a peculiarity of the duet. They include the suits, written on the basis of opera and ballet scores, symphonic music pieces, and other music for theatre and cinema. One could hear the compositions, arranged by V. Borovikov in Japan, France, the USA, Canada, Germany, China and CIS countries, besides they were included to the programmes of many international competitions of piano duets. These transcriptions were ranked high by such composers as A. Schnittke, A. Eshpaj and even got the I prize at the International Competition "Duo Kodama" (1993, Japan), the I prize and the special prize "For excellent skills" of the A.G. Bahchiev Open All-Russian Competition of Piano Duos "Two at the Piano" (2009, Russia).

The piano duet of Natalia Kotova and Valety Borovikov is constantly looking for inspiration.
In 2005-2006 they were the organizers of a cycle of concerts "Piano Duet presents...", consisting of the concerts: "Memories about France", "S. Rachmaninov", "Serious and not so serious music", "Invitation to dance", "Russian music. XX century", "Music and theatre", "4-, 6, 8-hand piano playing", "One more time about love".

The concerts of the duet on the 7th of January at the Belarusian State Philharmonic Society has already become a traditional event, where the musicians amaze all the listeners by their unusual programmes: "Piano duet plus..." with the participation of the musicians, playing other musical instruments; "Clavier-quartet", where one could listen to the compositions for one and two pianos for 6- or 8-hand playing; "Jazz Christmas", where together with trio "Transformer-group" they performed a "triple" concerto by J. Bach in jazz arrangement and other.

Popularization of the national music stays among the main interests of the piano duet. The repertoire of the musicians includes compositions of the 19th – 21st century by the Belarusian composers for one or two pianos and four-hand playing. In 2010 in Kishinev they performed the only Belarusian double concerto by Wagner. In 2011and 2013 in the Big Hall of the Belarusian State Philharmonic Society there took place world premiere performances of the compositions by Valery Voronov: Suite "4" for two pianos and "Arkhitekton" for two pianos and 8-hand playing, symphony orchestra and a reader. 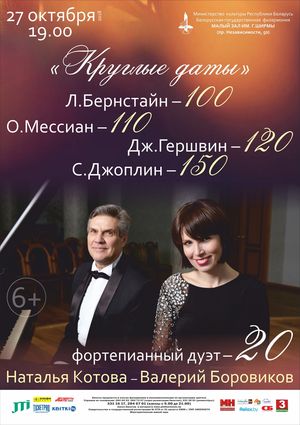 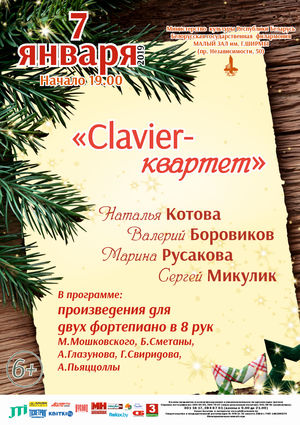 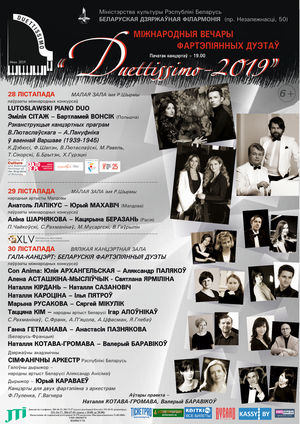 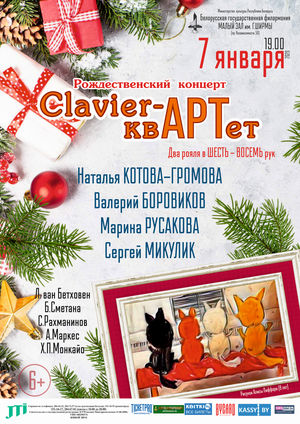 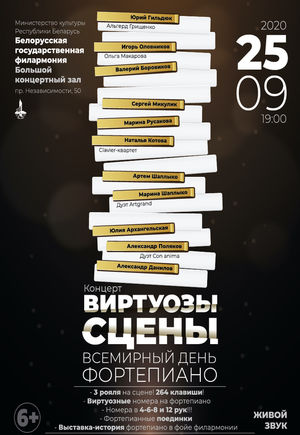