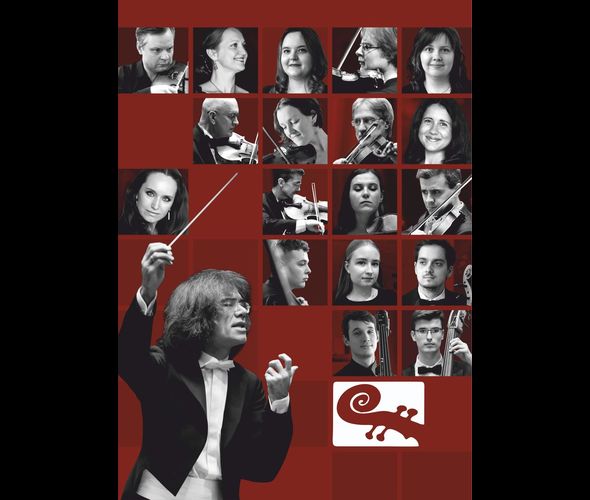 The State Chamber Orchestra of the Republic of Belarus (BSCO) was founded in 1968, under the name of "Minsk Chamber Orchestra," by a well-known musician Oleg Yanchenko, an organist, composer and conductor. For twenty-five years the orchestra was lead by Yury Tzyriuk, who came from the Minsk and St.Petersburg (then Leningrad) Conservatories. The highest performing achievements of the ensemble are associated with his name.

In 1975, the orchestra received great accolades at the International Festival of Chamber Orchestras in Vilnius, Lithuania, where it was proclaimed to be one of the very best ensembles of the then Soviet Union. In 1977, the orchestra won the All-Union competition of the Professional Performing Ensembles. The Chamber Orchestra has performed in such halls as the Great Hall of Moscow Conservatoire, The Philharmonic Hall in St. Petersburg, and all main halls of the capital of the former USSR. The ensemble received numerous awards, among them - the Honorary Diplomas and Certificates of the Supreme Soviets of Russia, Ukraine, Lithuania, Latvia, Estonia, Moldavia (Moldova) and the republics of Caucasus and Middle Asia.

In 1977, the State Chamber Orchestra was the very first of all Belarusian professional ensembles chosen to tour Czechoslovakia, Hungary, and Bulgaria. The tour was a resounding success. Since then, the orchestra has toured Germany, Austria, Norway, Sweden, Denmark, United Kingdom, Spain, Italy, Finland, Lebanon, Turkey, and many other countries.

The orchestra enjoys performing extensively in its native Belarus, and there is not a place on the Belarusian map where the orchestra has not performed. In fact, BSCO was instrumental in establishing chamber orchestras in many Belarusian cities, such as Grodno, Brest, Gomel, Molodechno, and others.

The orchestra's repertoire is multifaceted and extensive, ranging from the 17th century to the 21st. BSCO became a unique creative laboratory for many Belarusian composers, including Smolsky, Kondrusevich, Kopytko, Soltan, Gorelova among others. The ensemble has performed and recorded practically every piece of music composed by Belarusian composers.

Currently, the orchestra is comprised of former graduates of Belorussian and Moscow Conservatories. Among them are five winners of national and international competitions; six performers hold master's and doctoral degrees from Belarusian Academy of Music; five more also teach in colleges and conservatories.

At present time, the Music Director and Chief Conductor of the State Chamber Orchestra of Republic Belarus is the Honored Artist of Russia, Evgeny Bushkov.

One of today's most promising young conductors, Evgeny Bushkov has received early acclaim as a spectacular violinist. He is a winner of four major international violin competitions - Wieniawski (1986), Queen Elizabeth (1989), Tchaikovsky (1990), and the first Henryk Szeryng Foundation Award (1992).

Evgeny Bushkov successfully brings his exceptional performing experience and impeccable artistic taste to his conducting. His remarkable abilities, as well as high integrity and search for authentic interpretation, attracted attention of a renowned conductor Dmitry Kitajenko. The young conductor also received guidance in USA (A. Brusilow in Dallas and V. Yampolsky in Chicago, among others).

Since 2002, Evgeny Bushkov holds a position of the conductor of the State Symphony Orchestra "Novaya Rossiya" (Yury Bashmet, Artistic Director). His highly acclaimed debut with the orchestra in the Great Hall of Moscow Conservatory in February 2004 was followed by more than 80 performances in Russia and abroad. Evgeny Bushkov has collaborated with such eminent soloists as Eliso Virsaladze, Natalia Gutman, Barry Douglas, Debora Voigt, Vladimir Tchernov, Denis Matsuev, Alexey Liubimov, to mention just a few. Yury Bashmet regularly invites Evgeny Bushkov for performances of works by Kancheli, Bruch, Ledenev, and Felzer. Together, they gave World Premieres of works for viola and orchestra by Karamanov and Gorelova.

In 2003 Maestro Bushkov founded Educational Concert Series for children that had met with instantaneous success. Serving as both conductor and lecturer, Bushkov championed unique and innovative programming, which culminated in his directing two Russian Premieres of children"s operas by G. C. Menotti and D. Krivitsky.

Among the highlights of the last seasons are highly acclaimed performances in the Vienna Musikverein, Russian Premiere of the Alemdar Karamanov"s Requiem in Moscow Tchaikovsky Concert Hall, tour of Italy with Orquesta Sinfonica de Venezuela, performance of Verdi Requiem in Moscow with famous Italian mezzo-soprano Daniela Barcellona, as well as the return engagement with the Novosibirsk Symphony Orchestra for the concert In Memoriam of Arnold Katz. 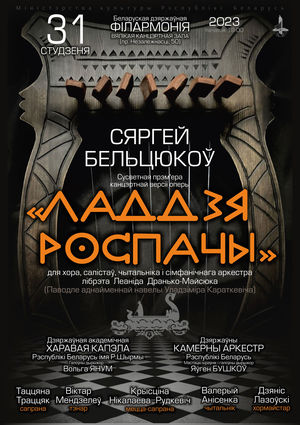 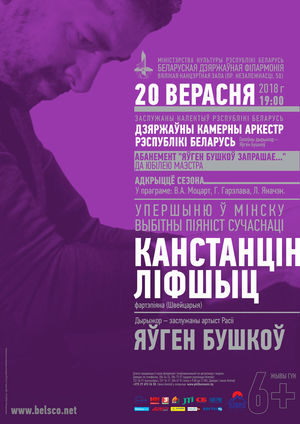 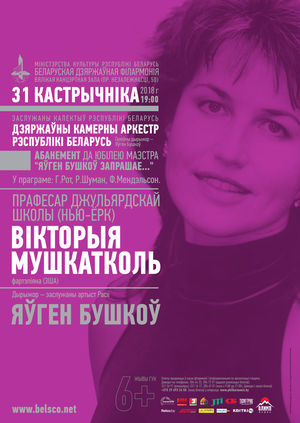 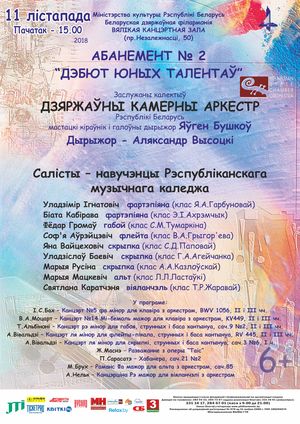 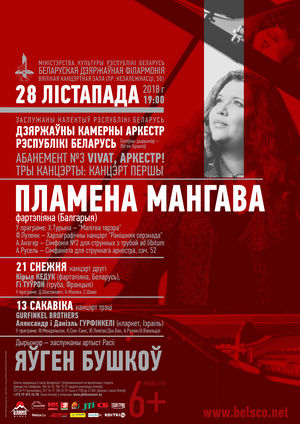 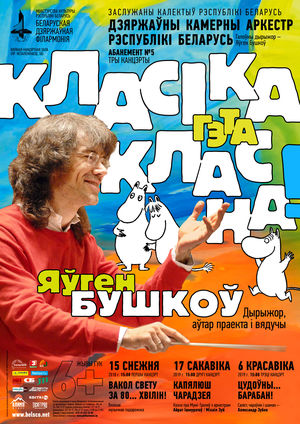