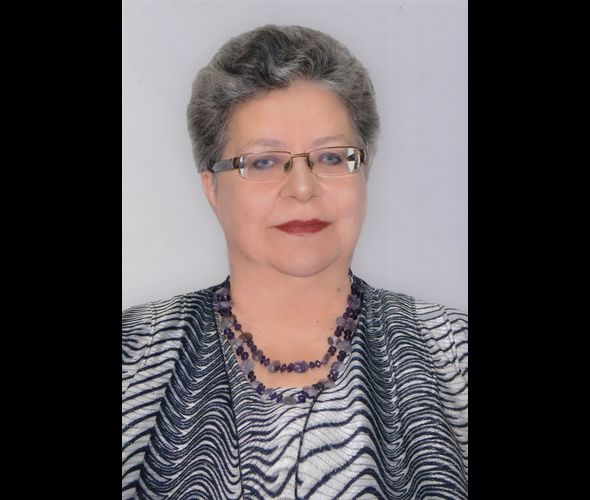 Tatyana Vishnyakova was born in 1951 in Minsk. When she was three years old her father started teaching music her.

And when she was already five years old Vishnyakova made her first radio record - performed M. Oginsky's "Polonaise" playing the piano.

When she was 5,5 she entered as an exception the first form of the secondary special music school under Belarussian State Conservatoire.

After finishing school she entered P. I. Chaykovsky Moscow State Conservatoire and was taught by one of the most famous russian pianists - Viktor Karpovich Merzhanov, professor and People's Artist of Russia. Her concertmaster teacher was Mihail Bank, Honoured Artist of Russia and concertmaster of the USSR Bolshoy Theatre. He was the man who inspired Tatyana Georgievna to love the concertmaster's performance.

After graduating Moscow State Conservatoire she was assigned to Belarussian State Philharmonic Society as a concertmaster-accompanist.

At the same time she got the highest solo piano category. She has been working in Belarussian State Philharmonic Society since 1974. One year after graduating the Conservatoire she entered the assistant-training course under P. I. Chaykovsky Moscow State Conservatoire and Merzhanov was her teacher again. She combined study with the concert activity. Over the time of many years she has been having the luck to work on the same stage with such famous soloists as Fyodor Sevastyanov (vocals), Honoured Artist of the BSSR, Arkady Ostrometsky (dulcimer), People's Artist of the BSSR, Stanislav Gulevich (vocals), Honoured Artist of the BSSR, Nikolay Maretsky (domra, mandolin), winner of many international contests and Vladimir Veprik, Honoured Artist of the BSSR. She worked and performed a lot with Svetlana Danilyuk, People's Artist of the USSR, who by the way attached great importance to the piano parts in the performance. She diligently repeated that vocals and piano are equivalent partners in the creation. Nowadays (during 8 years already) Tatyana Vishnyakova is working with Ivan Krasnodubsky (baritone), soloist of Belarusian State Philharmonic Society and Honoured Artist of Belarus.

See above the names of those artists with whom Tatyana Georgievna has been working on the same stage with solo concerts of 2 parts. And there is an uncountable number of single concerts. She even acted as a accompanist with ballet, different dances, reciters, choirs, vocalists, instrumentalists and wind instrument artists. She detoured all Belarus with concerts, and also the USSR, Lithuania, Germany, Latvia, Ukraine and Poland. 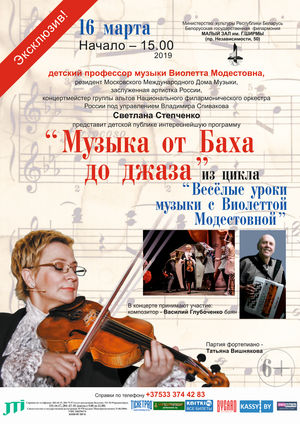