The evening with composer Alexander Zhurbin

The evening with composer Alexander Zhurbin will be held in the Belarusian State Philharmonic Society on 27 April. Alexander Borisovich Zhurbin is a Russian composer, author of music for 60 films and 40 stage musicals, a laureate of All-Union and International Prizes, Honored Artist of the Russian Federation, member of the Union of Composers, as well as Union of Writers, Union of Journalists, Union of Theater Professionals and Filmmakers Union.

«… When I start to compose, I understand just the one thing – it’s necessary to compose interestingly, not usual, not primitive. I never compose by means of the computer (even though I can), I compose only by means of the pen. I think that the pen is a real antenna, and if God wants to give me something, it's something that passing through the pen and hand and will be on the piece of paper».

The creative life of Alexander Zhurbin over the years has been developing in two directions. The first is a tireless work with «serious academic» genres. Indisputable achievement is the first Russian rock-opera «Orpheus and Eurydice» written by the composer and for the first time staged in Saint Petersburg in 1975 and still living with success on the stage. Alexander Zhurbin is a big admirer and popularizer of the stage musicals; he spares no effort and time to promote his beloved genre: brilliantly and with encyclopedical extent he talks about the stage musicals at meetings with spectators, master classes and seminars and, most importantly, he tirelessly composes. Today it’s difficult to find in Russia the musical theaters without Zhurbin's works – for instance in ten Moscow theatres his works are included in the constant repertoire of the capital's theaters. Alexander Zhurbin is an excellent melodist. Probably it was this rare faculty that determined yet another creative vector of the composer – is the variety art. A lot of his songs became the classics, but such masterpieces of the 2000s as «Postwar tango» (lyrics by Vladimir Shlensky) and «Clouds in the blue» (lyrics by Peter Sinyavsky) at all are recognized as national songs. The composer with pride speaks about letters of veterans of the Great Patriotic War, who held that they know this song from the front line.

Zhurbin's music is incredibly theatrical. The composer creates expressive and accurate texture images: if this is a lyrical character – then it’s clean into transparency, if this is a racy – then everything is very juicy and stormy in color, unexpectedly in the drawing and always with absolute piety to the genre and form.

Thanks to Alexander Zhurbin’s versatile talent he has proved himself not only as a brilliant composer, but also as a high profile showman, director, writer and journalist. It’s no accident that maestro Zhurbin performs in the most prestigious halls of the world, among which is the famous Carnegie Hall in New York.

The world premiere of the new work of the maestro will be held in the Belarusian State Philharmonic Society on 27 April. This evening for the first time will sound the concert for hammered dulcimer and symphony orchestra in 3 parts. The soloist is a graduate of the Belarusian State Academy of Music, Musical department of the University of Sydney, laureate of first prize of the International Competition of Folk instruments Performers «Cup of the North» Lyudmila Nikolskaya (Australia). The concert will be continued by the playing of «Sinfonia Giocosa» (the first performance in Minsk) performed by the Belarusian State Academic Symphony Orchestra (Chief Conductor – People's Artist of Belarus Alexander Anissimov).

In the second part of the recital will sound fragments from stage musicals, songs and romances performed by Oksana Volkova (mezzo-soprano, Belarus), Vladimir Petrov (baritone, Belarus), Natalia Gayda (soprano, Belarus).The rhythm section – Alexander Sapega and Igor Satsevich (jazz-band «Apple Tea», Belarus). A number of works will be performed by Irina Ginzburg (the muse and wife of the composer) – is a poetess, songs with her texts are loved by whole generations of listeners. This evening the conductor will be Vyacheslav Chernukho-Volich. 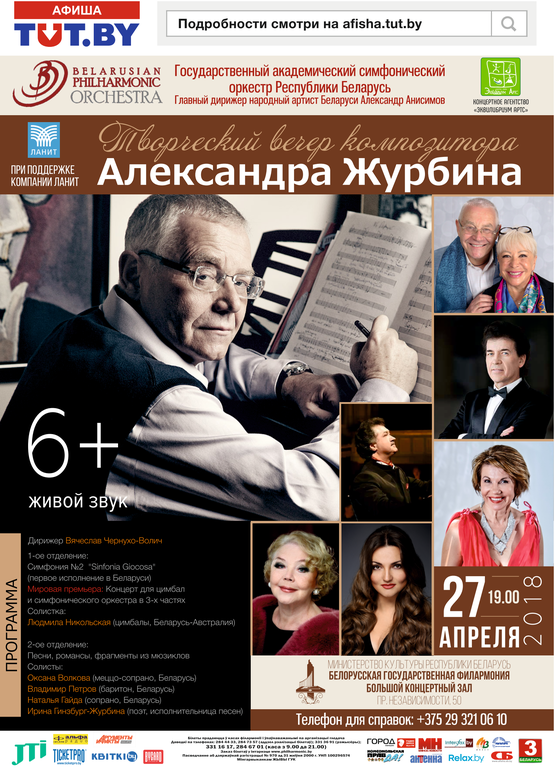 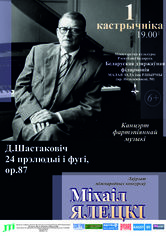 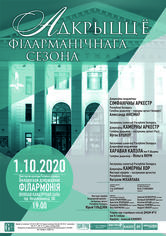 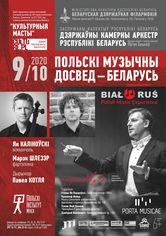 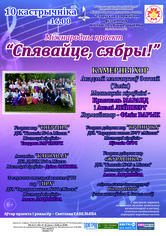 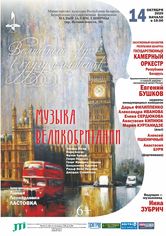 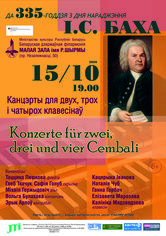 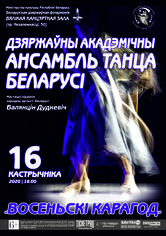 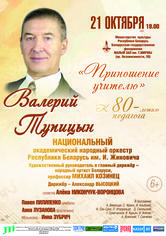 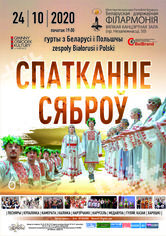 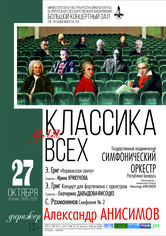 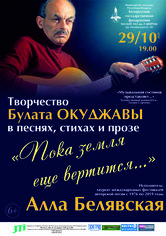