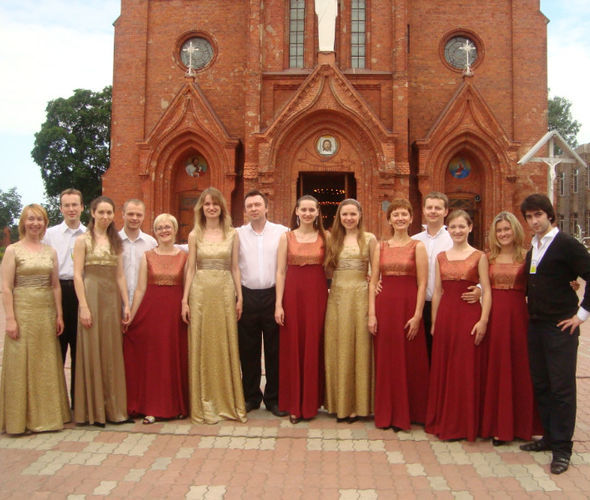 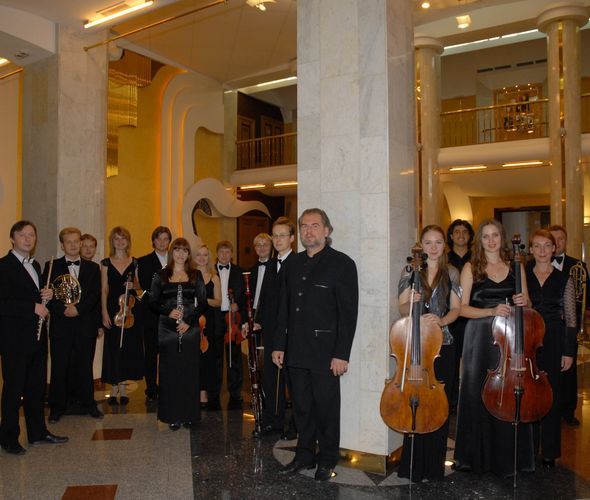 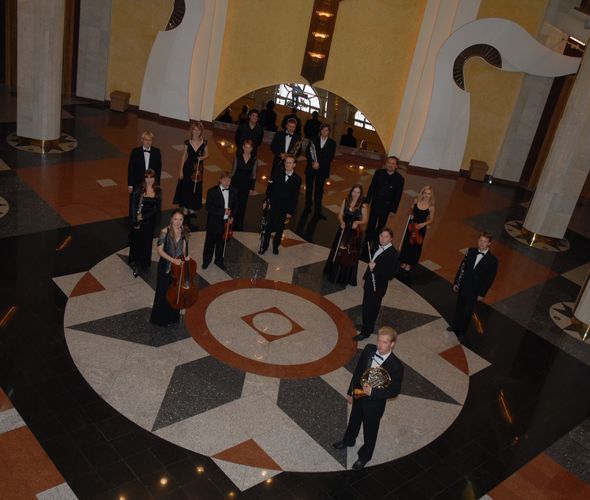 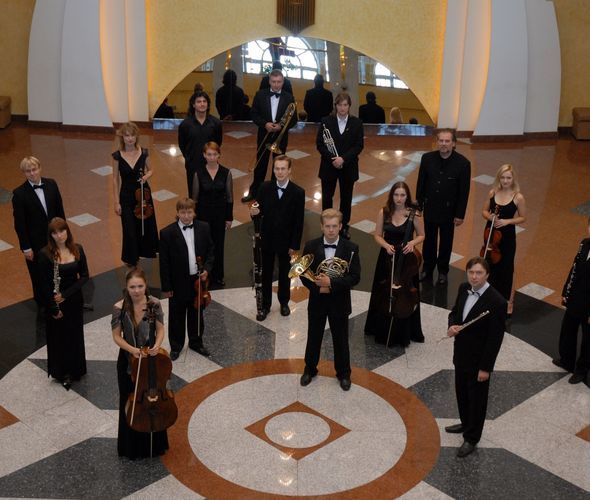 The ensemble of soloists “Classic-Avant-Garde” was founded in 1991. The founder of the collective and its permanent leader (1991–2021) is a well-known musician, arranger and conductor in Belarus, Honored Artist of the Republic of Belarus Vladimir Baydov.

The name of the collective is extremely capacious. Perhaps it was the name originally chosen by the newly formed collective that predetermined its creative fate. The unlimited genre and stylistic palette of the repertoire, the performance potential, the number of premiere programs and the high level of performance are the main characteristics of the ensemble of soloists-this, in fact, “small orchestra”, the instrumental composition of which accommodates all the instruments of the symphony orchestra.

The name of the collective gives an indication of the performed repertoire and defines the desire of the collective for continuous creative search (yesterday’s “Avant-Garde” becomes a “Classic”, trying to give way to today’s “Avant-Garde”), the desire to keep up with the times, to discover both new names in the distant past and names that reappear today.

The collective has many musical discoveries, which it generously shares with the public. The high mission of reviving unknown pages of the national musical heritage, performing new compositions by contemporary Belarusian composers is the dominant creative achievement of the collective and its artistic director Vladimir Baydov.

“Classic-Avant-Garde” quickly gained popularity and is one of the leaders among the instrumental groups of the Republic of Belarus.

The collective consists of 20 professional musicians, most of whom are laureates and diploma winners of various performing competitions. Thanks to the high professional level of its artists (all of them are graduates of the Belarusian Academy of Music), mobility and universal composition of instruments, the ensemble of soloists “Classic-Avant-Garde” fully uses the unique opportunity to prepare and perform any programs at a high professional and artistic level in a short time.

The concert programs of the Classic-Avant-Garde ensemble are extremely diverse:

– masterpieces of Russian and foreign classics;

– compositions of composers of our days;

Thanks to its active festival activities, the ensemble constantly has the opportunity to collaborate with contemporary foreign composers.

“Classic-Avant-Garde” regularly performs on Belarusian radio and television (there are more than 150 recordings of the band in their funds). In 1999, the presentation of the music disc “Discoveries from Belarus”, recorded by the ensemble and released there, took place in Switzerland.

During the existence of the ensemble, more than one prestigious music forum was decorated with the participation of the Belarusian ensemble. Here are just a few of them: the Festival of New Music (Chisinau, 1993); the Baltic Music Festival (Vilnius, Kaliningrad, 1993–1995); the International Chamber Music Festival (Valencia, 1994). During 1994–1999, the ensemble participated in several chamber music festivals in Spain, Finland, Germany, and Switzerland. In 2003, the festival poster of the ensemble was supplemented with participation in the XV Annual International Chamber Festival in Krakow.

The year 2000 was one of the most significant in the work of the ensemble. The collective has been invited to several of the most prestigious European festivals: “Euromusica 2000”, “Rossini Festival” and “Warsaw Autumn” (an invitation to the “Warsaw Autumn” in the music world can be compared to an invitation to the Cannes or Venice Film Festival).

“Classic-Avant-Garde” is one of the initiators and organizers of the birth of the International Chamber Music Festival named after I.Sollertinsky in Vitebsk. Now it is a well-known and popular annual forum of elite art in Europe, where the ensemble is a regular participant.

One of the brightest pages in the work of the collective can be called participation in the annual festivals “Revival of the Belarusian Capella” (Minsk), which allow the ensemble to open more and more new pages of previously unknown and forgotten ancient music of Belarus.

The latest creative successes of the band show the professional growth and historical, panoramic thinking of the creators of concert programs and performers. The programs of 2009 are eloquent evidence of this. The cycle “Music of Lithuania and the Crown” is dedicated to ancient music and takes on the features of “historical” concerts. Belarusian manuscripts of the past centuries are found in libraries and archives of different countries, deciphered, edited, and then played in philharmonic and concert halls. The most striking recent discovery is the works of the composer Plashina.

Anticipating the 200th anniversary of F.Chopin, the collective created a series of programs: “Varshayskaya Muse of Chopin” from early works, as well as works by the composer’s close circle – Maria Szymanowska, Karol Kurpinski, Antony Radziwill, Michal Kleofas Oginsky; “Diamond Debuts of Chopin”, “The Wreath to Chopin”, “The Offering to Chopin”.

For the 190th anniversary of Stanislav Monyushka, the ensemble has prepared a program of unknown and popular works by the composer, restored and performed in a concert version of his early opera “Lottery”, and released a CD “Novae Neba Stanislava Manyushki”.

The project ended with the awarding of the special prize of the President of the Republic of Belarus to cultural and artistic figures “For Spiritual Revival” in 2012, including the professional team of the Classical-Avant-Garde soloist ensemble. The new project is a musical and stage performance “Kraina chystaga svyatla” based on the work of N.Roerich.

Classic-Avant-Garde soloist ensemble has new programs, concerts and musical discoveries ahead of it. 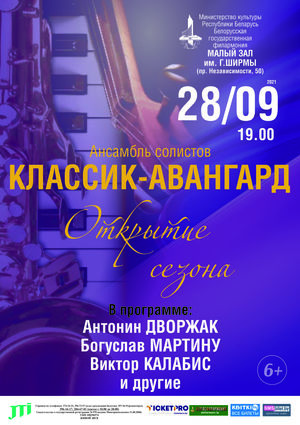 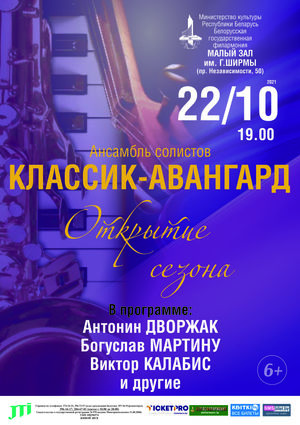