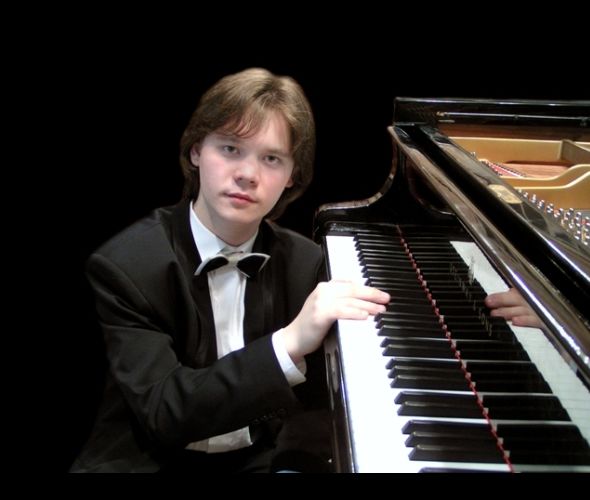 Alexander Muzikantov is clearly a talented person. He has a strikingly excellent quality as a musician and performer, extraordinary pianist qualities that combine with a diverse sound of the piano, hot artistic temperament, serious immersion in the music content.

An attraction of his talent and a completeness of interpretations allowed him to receive the 1st prize in the international contest "Minsk – 2000".

Alexander Muzicantov was born in 1989 in Mogilev. He began his music education in the music school in a small Belarusian town – Osipovichi, under the direction of G.B. Volobueva. At the age of 12 he had continued his training in the Republican College of Music in the class of L.N. Bondareva, and one year later in the class of the professor of the Belarusian Academy of Music Z.V. Kacharskaya. Under the direction of Zoia Veniaminovna a young pianist received the further education in the Belarusian Academy of Music and in the magistrates of this educational institution.

During the years of studying at the College and Academy a film from a cycle "Grant" was made about Alexander and some radio programs were dedicated to him.

In 2001 Alexander was invited to the USA to the festival of the laureates in the Savannah (State Georgia). He performed as a soloist and in the chamber ensembles in Poland, Germany, Sweden, Switzerland and Belgium.

He constantly performs with solo concerts in many Belarusian cities (Minsk, Gomel, Molodechno, Pinsk, Vitebsk and Mogilev). Alexander regularly performs as a soloist of a chamber and symphony orchestras with conductors Maxim Vengerov, Hobart Erl, A.Anisimov, K.Nikson-Lein, V.Domarcos, P.Vandzilovsky, M.Kazinets, E.Stepantsov. The young pianist twice became a fellow of the Special Fund the President of the Republic of Belarus for the Support of the Talented Youth.

Twice A.Muzicantov took part in the master class of the famous pianist A. Vasenberg in Engelberg (Switzerland), where he received special awards. Also he participated in the master classes of D.Bashkirov, P.Badur-Skod, V.Lobanov, P.Gililov, Dama Fanny Waterman, I.Golan.

In 2010 after graduating the post-graduate course in the Royal College of Music in London in the class of the head of department of the keyboard instruments – Professor Vanessa Latarsh, he was awarded the degree of "Master of Music in Advanced Performance".

These years Alexander's concert activity is very intensive. Starting from 2007 A.Muzicantov is a soloist of the concert-tour department of the Belarusian State Philharmonic Society. Apart from the concerts in Belarus Alexander had performances as a soloist and in the chamber ensemble in such famous concert halls as "Saal Cortot" in Paris, "Concert Noble" in Brussels, "Cadogan Hall", 'Royal Albert Hall", "Steinway Hall" in London. 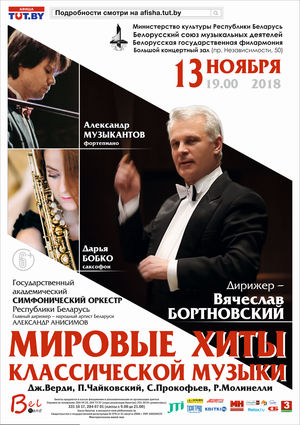 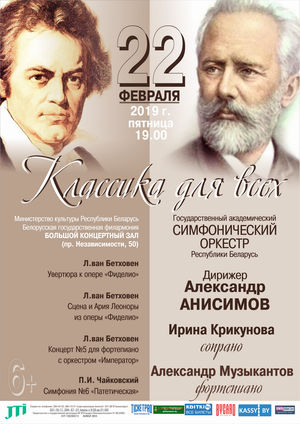 “Classics for everybody”: Alexander Anissimov and State Academic Symphony Orchestra of the Republic of Belarus
22.02.2019 19:00 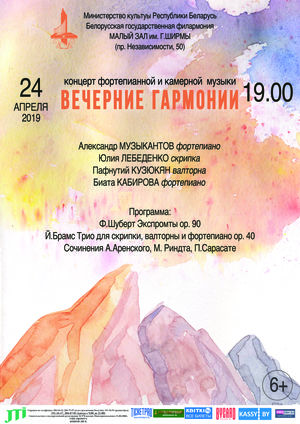 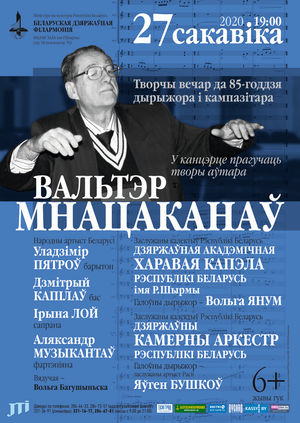 Walter Mnatsakanov: jubilee evening dedicated to the 85th anniversary of the conductor and composer
Canceled 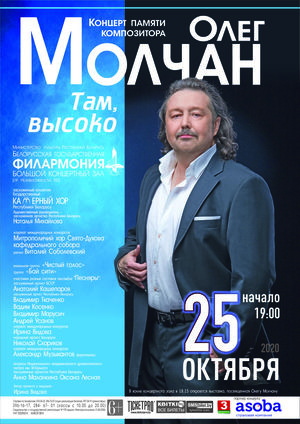