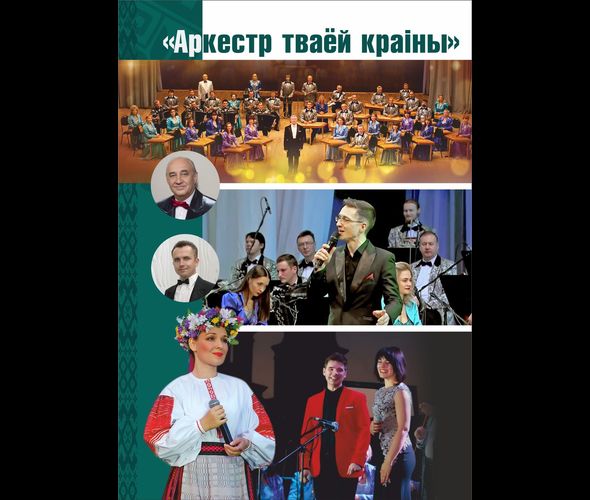 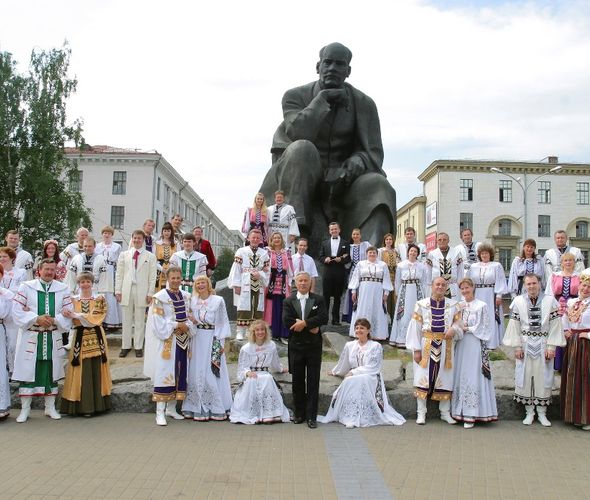 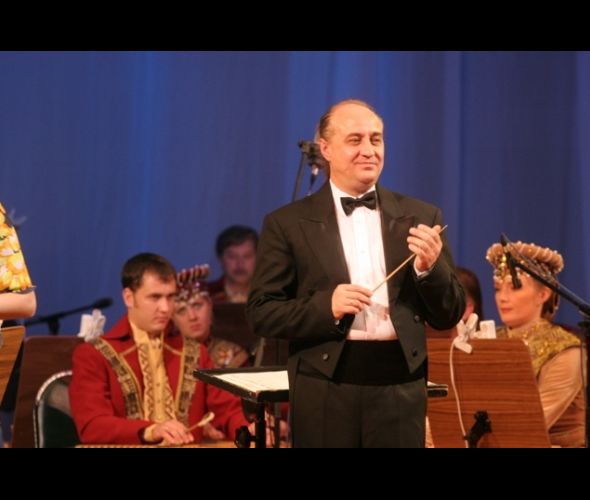 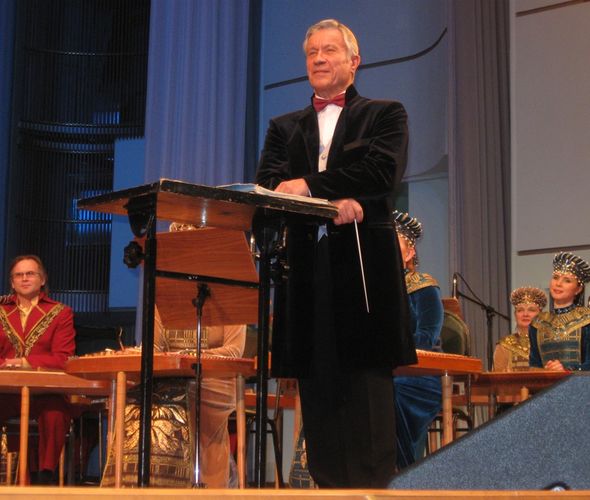 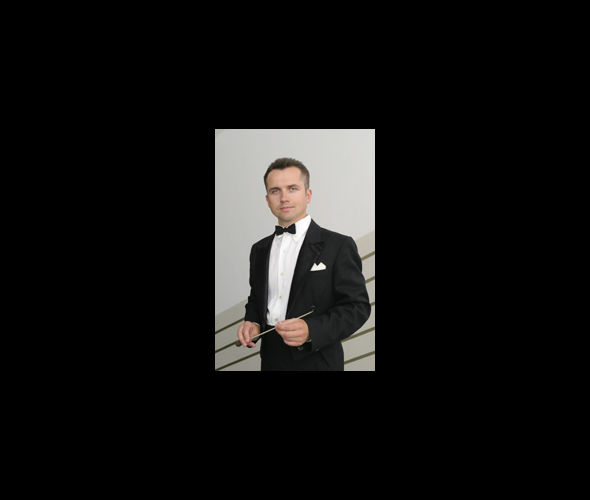 The National Academic folk orchestra of the Republic of Belarus named after I.Zhinovich is the oldest musical collective in Belarus. It was established in 1930. Outstanding musicians Dmitry Andreevich Zakhar and Joseph Josephovich Zhinovich were at the origins of the organization and creative activity of the orchestra.

The National Academic folk orchestra of Belarus named after I.Zhinovich laid the foundation for the development of professional musical performance on folk instruments in our country. Its history is inextricably linked with the revival of Belarusian dulcimers, which are rightfully called the instrumental voice of Belarus. The orchestra’s repertoire includes more than two thousand works. These are arrangements of Belarusian folk songs and dances, original works by belarusian composers, Russian and foreign classics, music by modern composers, popular music. The orchestra was performed by famous singers – People’s artists of the USSR A.Eisen, A.Vedernikov, B.Minzhilkiev, A.Solovyanenko, V.Noreika, T.Nizhnikova, Z.Babiy, B.Shtokolov, S.Danilyuk, I.Bogacheva, V.Piavko, I.Kobzon and other stars of opera and pop art.

From 1975 to the present, the orchestra has been led by an outstanding musician and conductor, laureate of the State Prize of the Republic of Belarus and the prize “For Spiritual Revival”, professor, Knight of the Order of Friendship of Peoples and the Order of Francis Skoryna, People’s artist of Belarus Mikhail Antonovich Kozinets (1938–2021). Significant events in the orchestra’s recent history are associated with his name. During 2010–2013, under his leadership, the collective staged four large-scale concerts-performances to the music of Belarusian composers Igor Luchenok, Vladimir Mulyavin and Larisa Simakovich. The premiere of the legend poem “Guslar”, the rock opera “The Song of the Share”, the musical “Apokryf” and the rondo opera “Lyutsyan Tapolya” based on the works of Yanka Kupala, Maxim Bogdanovich and Maxim Tank became national events and received a wide public response. In 2016, the National Academic folk orchestra of Belarus named after I.Zhinovich was nominated for the State Prize of the Republic of Belarus for staging these major musical and dramatic works combined into a tetralogy.

Among the bright concert programs of recent years are author’s concerts by composers Igor Luchenok and Arno Babajanyan, Alexandra Pakhmutova and Alexander Zatsepin, annual series of concerts “Cinema Music”, “Concert on the birthday of Vladimir Mulyavin”, “Constellation of Talents”, “Cymbal Virtuosos”, representing various genres of instrumental, vocal and pop music, and many other programs. All of them arouse sustained public interest and invariably attract full houses.

Today the orchestra has 22 laureates of national and international competitions, Honored and People’s artists of the Republic of Belarus. For high performing skills, the team was awarded the honorary title of “Academic” (1987), later – the title of “National” (2003).

Conductors – Honored artist of the Republic of Belarus Alexander Kremko 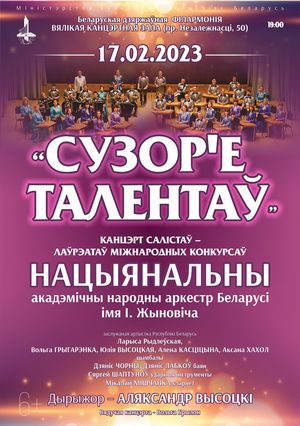 “Constellation of Talents”: National Academic Folk Orchestra of the Republic of Belarus named after I.Zhinovich
17.02.2023 19:00 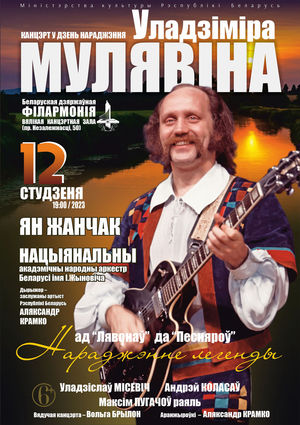 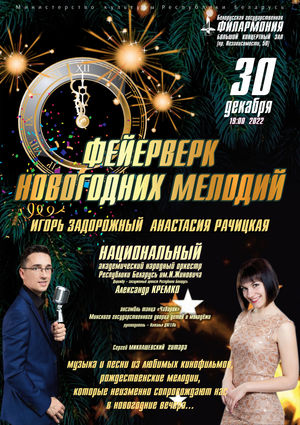 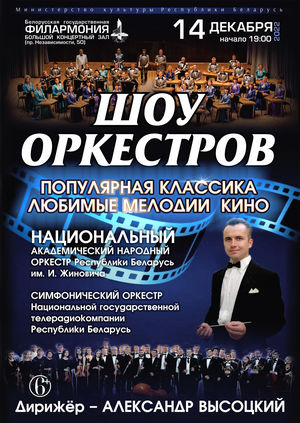 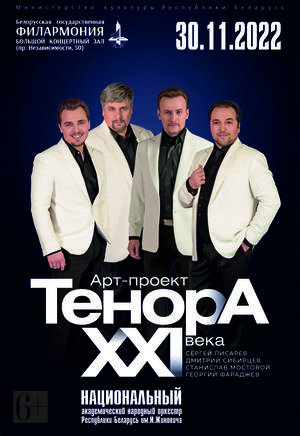 “There is no more beautiful you...”: Art project “Tenor of the XXI century”
Canceled 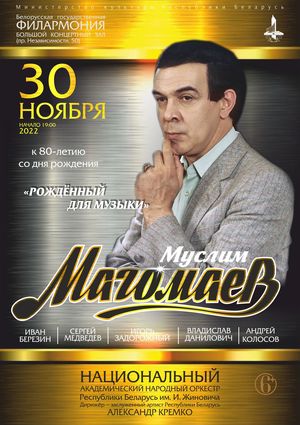