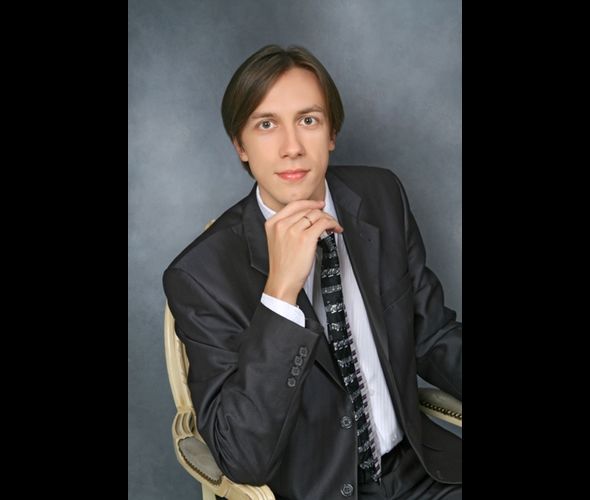 Alexander Polyakov was born on the 21 July 1983 in Orsha city of Vitebsk region.

First musical education got at the Music School of the city of Orsha.

In 1995 he entered to the Republican College of Music of the Belarusian State Academy of Music in Minsk (class of I.Bartoshevitch).

Since 2008 he is the soloist of the Belarusian State Philharmonic Society.

Throughout the creative life he has performed with the State Academic Symphony Orchestra of the Republic of Belarus and the Symphony Orchestra of Belteleradiocompany, with the Chamber Orchestra of Brest regional Philharmonic and the ensemble of soloists "Partita". He has worked with such conductors as: A.Anisimov A. Razumov, A. Lesun, V. Volich, V. Prilepin, V.Sobolev (Russia), P. Destro (Italy).

Concerts of the artist were held in the cities of Belarus, Russia, Poland, France, Italy, Germany, Spain, Austria, Finland.

He is a scholar of the Special Fund of the President of the Republic of Belarus on support of talented youth.

He participates in the international cultural and consular projects, collaborating with the Polish Institute in Minsk.

The works of the artist has been praised with musician media in Belarus and abroad (Ukraine, Russia, Estonia, France, Spain).

Along with the concert activity he has been a musician and lecturer. Since 2010 he is a teacher of children's music school №10 named after E. Glebov, and since 2014 he is professor of special piano department of the Republican College of Music of Belarusian State Academy of Music.

Also he is a permanent member of the jury of junior competitions of piano music: "Music drops", "Musical sparks", "Competition of piano music named after M. Grushvitsky. "

Alexander Polyakov – is one of the brightest and most talented artists of Belarus. A musician in his years has an extensive repertoire, manifesting himself most clearly in the works of the Romantic era. His works are characterized with the originality and persuasiveness of the interpretation, the ability to clearly and logically build shape combines in him with high technical performance.

M.Mussorgsky Pictures at an Exhibition. 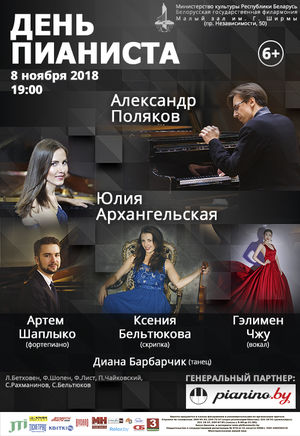 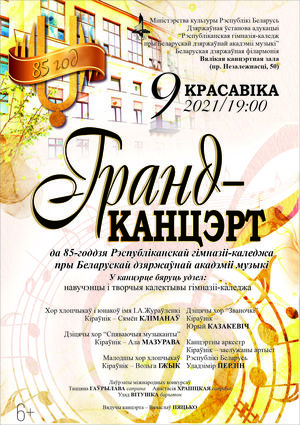 Concert to the 85th Anniversary of the Republican Gymnasium-College at the Belarusian State Academy of Music
09.04.2021 19:00 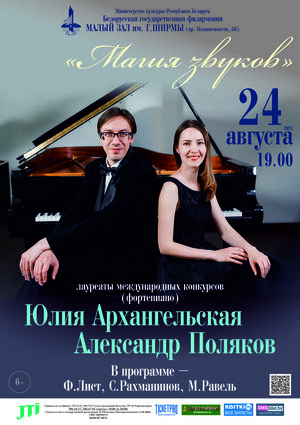