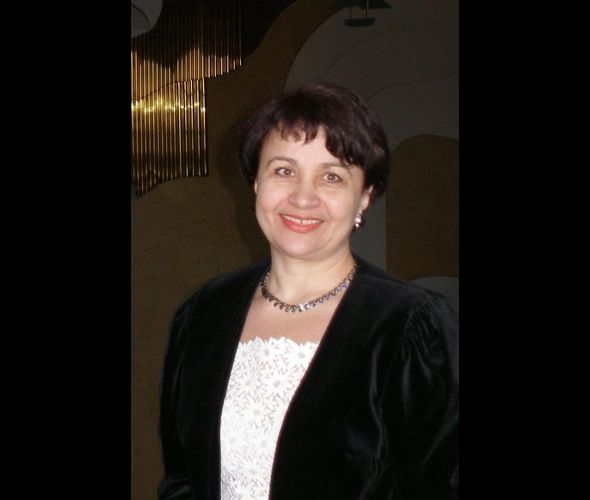 Since 1980 she has been an artist and instrumentalist at the Belarusian State Philharmonic Society. In 1983 she became a laureate at the All-Union Competition of Creative Youth. She took part in festivals in Russia, Ukraine, Moldova, Kazakhstan, Lithuania, Poland, Germany, the Netherlands, Sweden, Slovakia, and South Korea. Besides, she performed with the orchestras under the direction of Y. Efimov, Y. Tsiriuk, G. Provatorov, P. Vandilovsky, A. Vit, B. Mussakhojayeva.

Since 1996 Tatiana Shumakova performs together with a great dulcimer player Natalia Arutiunova and a pianist Valery Borovikov in an instrumental trio "Konsonans". During the years of trio's existence they have prepared and performed lots of concert programmes both in Belarus and abroad (in Russia, Ukraine, Moldova, Poland, Ireland, North Korea). In 2001 the musicians became the laureates and diploma holders (I prize) at the International Festival-competition of Folk Instruments Performers in Pskov (Russia). In 2002 the ensemble got a diploma and the Silver Cup at the XX International Festival-competition in Pyongyang (North Korea). Tatiana Shumakova and Natalia Arutiunova performed with the Chamber Orchestra under the direction of V. Porchinski (Warsaw), Amadeus Chamber Orchestra of Polish Radio and Television under the direction of A. Duchmal, the Symphony Orchestra under the direction of Cz. Grabowski (Zelena Gura), Smolensk Russian Folk Orchestra named after Dubrovsky under the direction of N. Stepanov and A. Orlov.

Shumakova, Arutiunova, Borovikov and the State Chamber Orchestra under the direction of P. Vandilovsky have prepared a joint project "In the World of Sounds and Colours"; together with the ensemble of soloists "Classic-Avantgarde" under the direction of V. Baidov they have created a programme "The Sublime and The Terrestrial". During the concerts in the frames of these projects Belarusian dulcimer was played together with the orchestra and in the hall there were presented the paintings of famous Belarusian artists S. Piskun and O. Piskun-Bychko ("In the World of Sounds and Colours") and comic artist O. Vysotsky ("The Sublime and The Terrestrial"). On May 19, 2015 trio "Konsonans" was invited to Moscow to participate in the ceremony, dedicated to the opening of the literary-documental exhibition "Vasil Bykov. Long Way Back Home", organized for the celebration of the 70th anniversary of the Great Victory and 90th anniversary since the birthday of People's Writer of the Republic of Belarus Vasil Bykov. The exhibition took place in Business and culture complex of the Belarusian embassy in Russia.

Tatiana Shumakova takes part in concerts of "Music parlour" directed by T. Starchenko and collaborates with One-man theatre "Znich". Together with G. Diagileva, V. Rogovtsov and N. Sazanovich she prepared musical and poetic programmes dedicated to the creative activity of such artists as A. Riazanov, S. Grakhovsky and V. Syrokomlia.