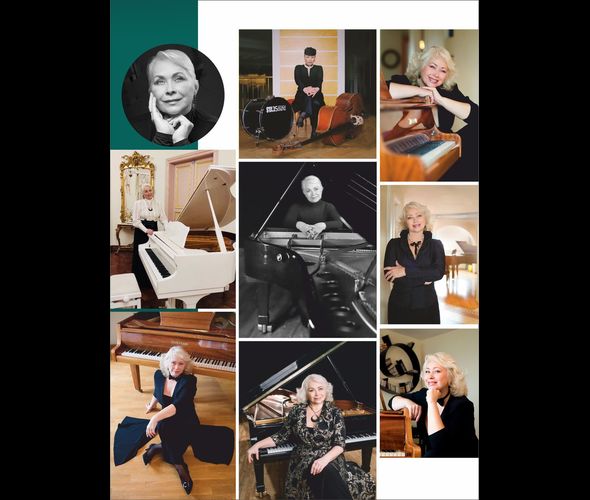 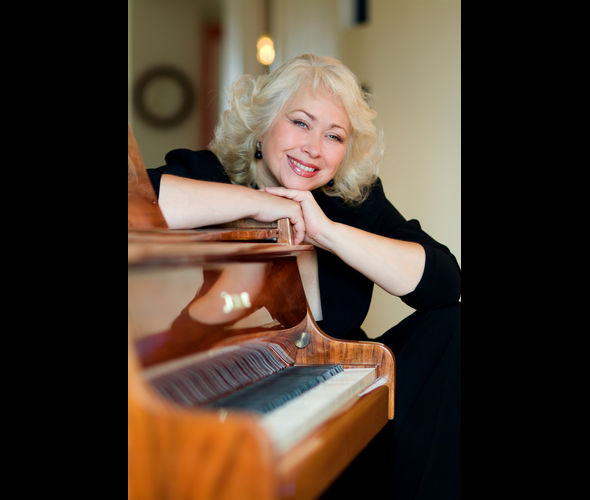 Creator and artistic director of “Musical parlour” is a pianist Tatyana Starchenko. She is not only a musician, but also a host, an author of projects and a director-producer of all the concerts.

For the first time in Belarus, the “Musical parlour” performed concerts by J.S.Bach for two, three and four claviers, a concert by W.A.Mozart for three claviers, a concert for the orchestra “Yellow Stars” by I.Schwartz, piano concertos by M.Naiman and the Belarusian composer A.Litvinovsky, “Anti-Formalist Paradise” by D.Shostakovich, Musical fairy tale “The Deer King” by M.Tariverdiev (together with the State Chamber choir of the Republic of Belarus).

Modern music is widely represented in the concerts of “Musical parlour”: Russian, western and Belarusian. In 2018–2022, the concert programs of the collective included works by P.Karmanov, A.Aiga, S.Akhunov, R.Shchedrin, M.Neiman, F.Glass, G.Gorelova, A.Litvinovsky, D.Lybin, D.Dolgalev. The concert “Antiquity and Modernity” has become traditional, the program of which includes ancient and modern Belarusian music, and the new program of “Musical parlour” “Dreams of Nesvizh” has become one of the brightest in the 2021–2022 season.

The creation of the classical jazz trio ensemble consisting of Tatiana Starchenko (piano), Stanislav Olshevsky (double bass), Igor Avdeev (percussion instruments) became a special color in the “Musical parlour”. A new interpretation of classical music in jazz and pop arrangements makes it possible to attract the widest range of listeners to philharmonic concerts, and the participation of the ensemble in the festive concerts of the “Musical parlour” is always the key to success.

In recent years, the repertoire of chamber and instrumental music of the “Musical parlour” and concert halls in which it is performed has been significantly expanded: the Mikhail Savitsky Art Gallery, the Vankovich House. Culture and Art of the 1st half of the 19th century, the National Art Museum, the Loshitsa Manor Museum, the Vitold Bialynitskiy-Birulia’s Museum, the National History and Culture Museum-Reserve “Niasvizh”, all this is museum-manor spaces in which special programs are played, prepared especially for these halls. The music of M.Oginsky, N.Orda, M.Yelsky, M.Radziwill is the music that makes up the pride of russian culture, creates a special atmosphere and is the pearls of world musical culture.

Within the framework of the “Musical parlour” 8 online concerts were recorded and ten CDs were released: “Russian Music”, “Bach and Mozart”, “Chopin”, “Music Lounge” (in 2 parts), “Classical Jazz Trio” (in 2 parts), “"Not Only Tango” (in 2 parts), “Stars of the Belarusian opera on the Philharmonic Stage”. 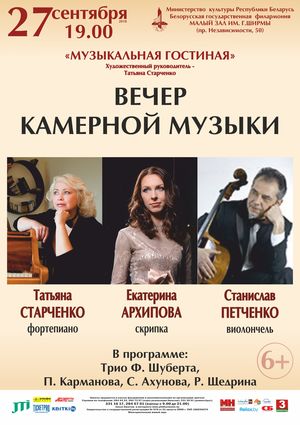 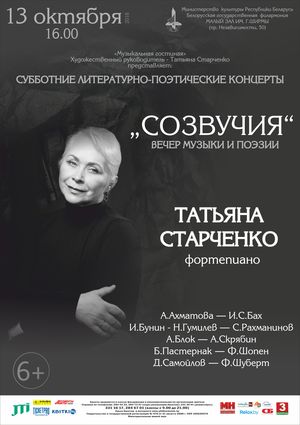 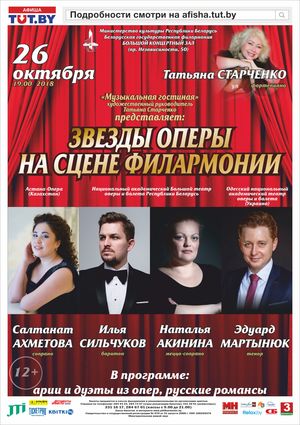 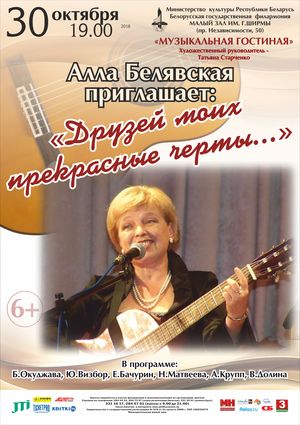