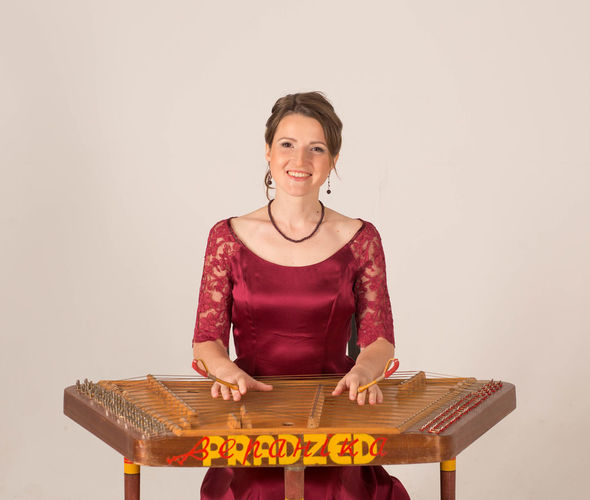 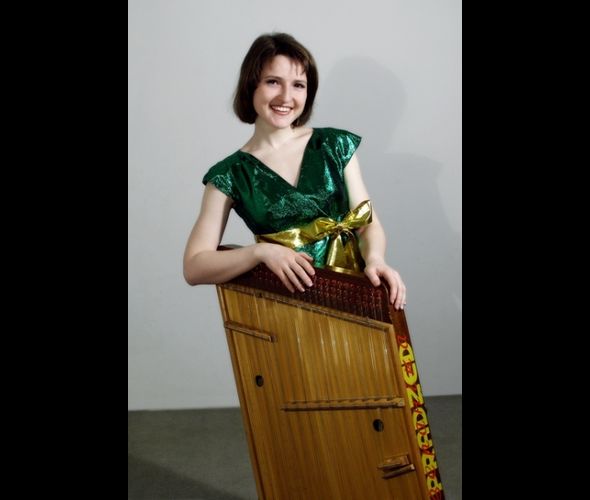 Veronika Praded was born in Minsk. She graduated from the Republican gymnasium-college under Belarusian State Academy of Music. She graduated from the Belarusian State Academy of music in the class of cymbals of professor, People’s artist of Belarus E.P.Gladkov (2009, diploma with honors) and postgraduate studies of the named Academy (2013, academic advisor – Candidate of art history, docent E.V.Kurakina). Winner of 9 international and 3 republican competitions. Laureate of the Special fund of the President of the Republic of Belarus for the support of talented youth (2010, 2012). Member of the Belarusian Union of Musical Figures (2011). Candidate of art history (2017, candidate dissertation “Ways of development of academic performance on Belarusian cymbals”).

Since 2010, she has been teaching at the Department of stringed folk plucked percussion instruments of the Belarusian State Academy of music, since 2022 – as a head of the department. She is an author of 15 publications, including scientific articles and educational and methodical works. The compiler of the “Anthology of the cymbalist” (5 music collections have been published), the performer of the “Audio Collection of music for Belarusian cymbals” (5 CDs have been published).

In the period 2011-2015 and from 2021 to the present she is an artist-soloist-instrumentalist of the concert and touring department of the Belarusian State Philharmonic Society. The repertoire is based on compositions specially written for belarusian cymbals. She has performed about 50 premieres, over a dozen compositions are dedicated to the cymbalist. She traveled all over Belarus with solo programs, toured the countries of the former USSR and Europe. It is noteworthy that the absolute majority of concerts took place in the famous concert and philharmonic halls. 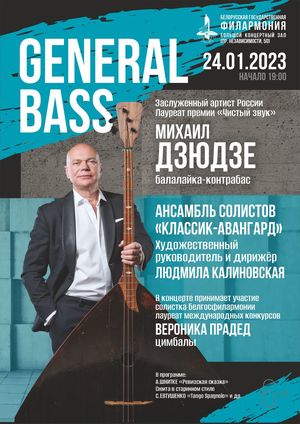 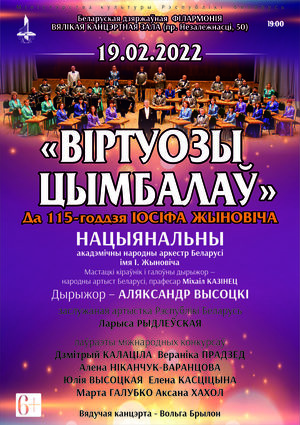 “Virtuosos of Cymbals”: National Academic Folk Orchestra of the Republic of Belarus named after I.Zhinovich
19.02.2022 19:00 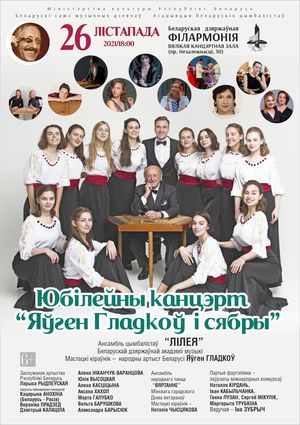 Jubilee concert dedicated to the 80th anniversary of the People’s Artist of the Republic of Belarus, professor Eugene Gladkov
26.11.2021 18:00 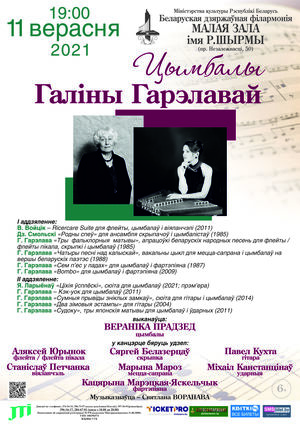