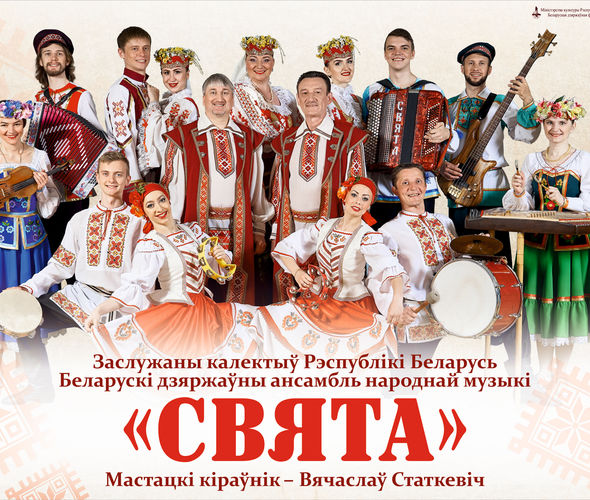 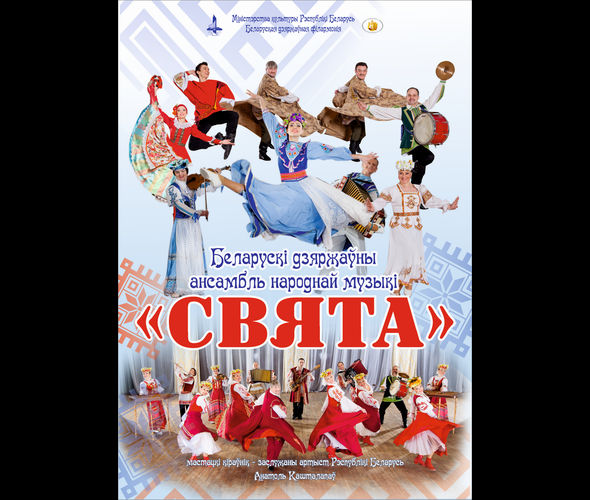 It is the first professional folk ensemble in Belarus, which began to revive the folk musical heritage of the country. The ensemble has been created at the Belarusian State Philharmonic Society in 1984. Its concert program was created on the basis of the music folklore of Belarusian Polessie, which was the treasury of spiritual culture of the Western Slavs. Folk tunes and songs recorded directly from the folk musicians and performed on ancient and traditional instruments with the preservation of the manner and color of sound became close and understandable not only for Belarusians, but also for other people of different nationalities.

The combination of music and dance gave the possibility to create the bright concert programs, which have a great success both at home and abroad. The ensemble "Sviata" took part in many international art festivals, performed with concerts in Canada, Austria, Germany, Italy, Poland, India, Korea, China, Ethiopia, the United Kingdom, Venezuela and France. The collective receives rave reviews from the public and press, was awarded with different diplomas and prizes. During its existence the Belarusian State Ensemble of Folk Music "Sviata" performed over 20 000 concerts.

The ensemble actively gives concerts in Belarus (around 60 concerts a year, including charity concerts), promotes the folk art in the small towns and regional centers of the country. It often participates in such republican actions and concerts dedicated to holiday dates as "Figures of arts perform for village workers", "We are Belarus", "Chernobyl catastrophe is our path of life", "Days of Belarusian writing", The Regional Festival of Choral Art "Pewchaje Pole" (Singing Field), The National Festival of Belarusian Song and Poetry "Maladzechna", Independence Day of the Republic of Belarus and others.

Members of the ensemble – Badge of the Ministry of Culture of the Republic of Belarus "For a contribution to the development of culture of Belarus" Viacheslav Statkevich and Vasily Sotvorenny.

Currently the ensemble's repertoire consists of many concert programs, including the synthesis of various art genres (vocals, live instrumental accompaniment, choreography). As a part of the concert the audience is able to hear Belarusian folk and original songs, favorite hits in the original arrangement and to see the original dance staging with elements of the incarnation of the Belarusian national traditions. 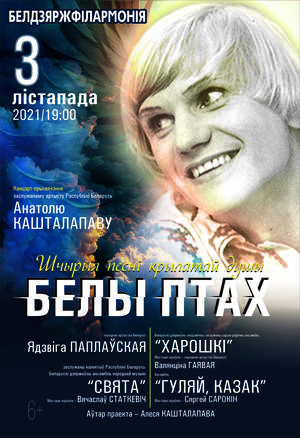 “Bely ptah”: Concert dedicated to the Honored Artist of the Republic of Belarus Anatoly Kashtalapov
03.11.2021 19:00 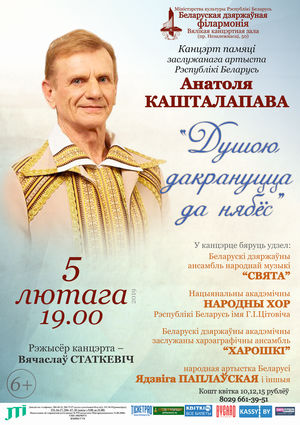 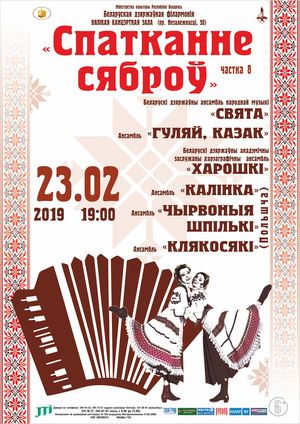 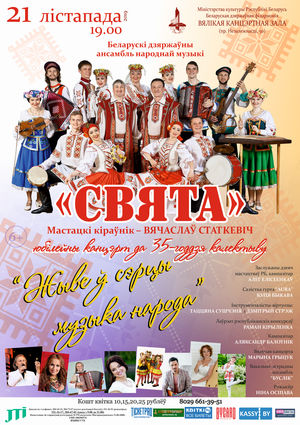