“His rendition is a real magic” - that's so American musical review Cleveland Classical described playing of guitarist Anton Baranovduring his tour of North America in the 2014–15 season.

Musician took prizes in numerous competitions of classic guitar player in Russia, Europe (Germany, France, Italy, Spain, Liechtenstein, Serbia), Middle and Far East (Israel, Japan), South and North America (Paraguay, USA) and they won him glory and engagement in the such most prestigious halls of the world, as Carnegie Hall in New York, New World Center in Miami, Palau in Valencia, Peking University Centennial Hall and many others. A peculiar culmination of Anton Baranov’s competition career was winning in two significant and according to many musicians the most prestigious guitar competitions: Francisco Tarrega in Spain and in the competition of Guitar Foundation of America.

Among the global reach of concerts in Russia it’s important to note the performances of the guitar player at the most significant concert venues of both capitals: Tchaikovsky Concert Hall in Moscow and Moscow International House of Music, Small Hall of the Saint-Petesburg Academic Philharmonia named after D. D. Shostakovich and Concert Hall of the Mariinsky Theatre in Saint Petersburg.

Anton released two albums as a studio musician: four Latin American sonatas on the Canadian label Naxos and a disc representing Spanish music of the first half of the 20th century at Contrastos Records in Spain.

Having started playing guitar at the age of 10, Anton Baranov completed his musical education at the oldest Russian musical university the N. A. Rimsky-Korsakov Saint Petersburg State Conservatory. Since his student years, the guitarist has been actively involved in the musical life of capital of the North, performing in such all halls of the conservatory as: the chamber, the small hall named after Glazunov, the big hall named after A. Rubinstein, in the Menshikov Palace Concert Hall and the Sheremetev Palace, at the Musical Hermitage Festival, the festival "Days of Boston in St. Petersburg", the festival of arts “From the Avant-garde to the Present day” and many others.

Anton Baranov is an artist of the company D'Addario; he plays the instrument of the Lithuanian master Max Zucker.

As a special guest, member of the jury and with master-classes Pavel Kukhta took part in different festivals, which were held in different countries, such as: Austria, Belarus, Israel, Hungary, Germany, Lithuania, Poland, Russia, the Slovak Republic. He also played concerts at many prestigious concerts halls, such as: Moscow International House of Music (Moscow, Russia), the Belarusian State Philharmonic Society (Minsk, Belarus), the National Philharmonic of Ukraine (Kiev, Ukraine), and others. At various times he performed together with a legendary guitar player and composer Roland Dyens and the duet Anabel Montesinos and Marco Tamayo. Pavel takes active part in radio and TV programmes in Belarus, Hungary, Spain, Poland and Russia and is involved into teaching activity.

The year 2015 is marked by a great event in Pavel’s career: he won one of the most prestigious international guitar competitions in Heinsberg (Germany). It gave him an opportunity to play some concerts in Europe, Asia and the USA. He also recorded his solo CD at Naxos – the world's leading classical music label from Canada. This is the second CD of the musician. The first one was recorded in Nordhorn (Germany) at P&C Samsong Productions 2012.

Pavel Kukhta has been a Savarez artist from 2017.

The compositions included in the concert programme will be performed on duplicates of the romantic guitars of the 19th century. 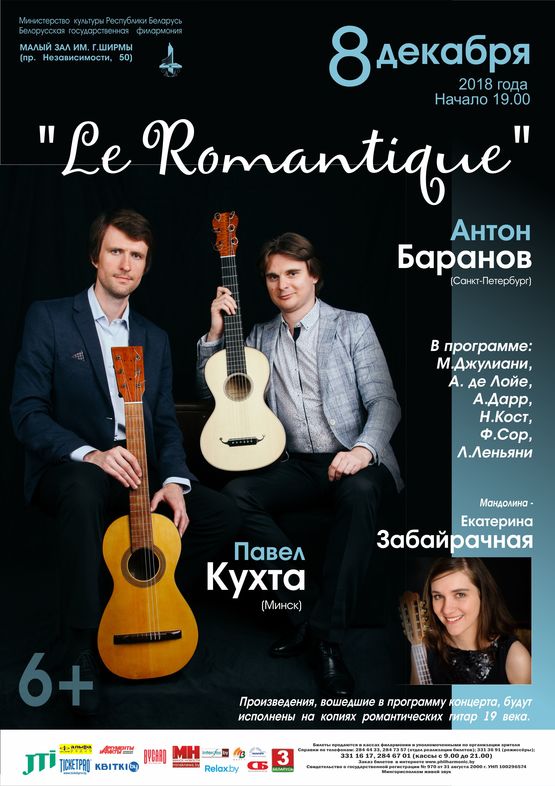 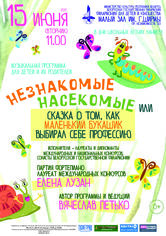 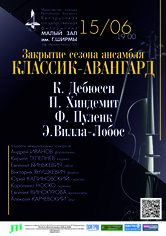 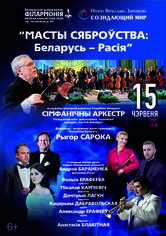 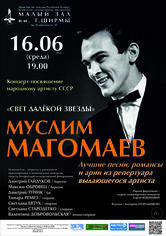 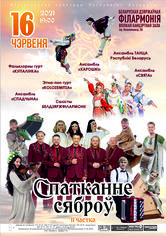 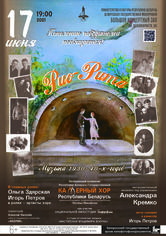 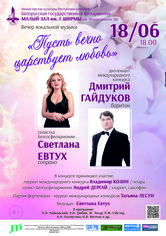 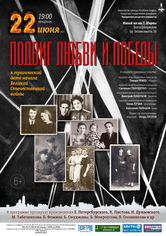 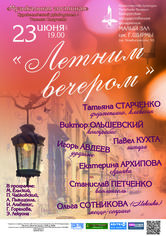 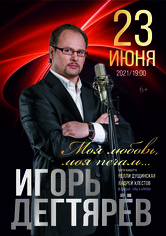 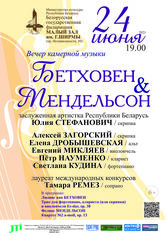 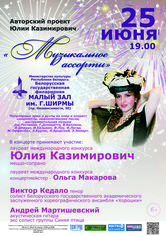 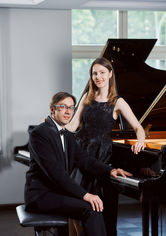 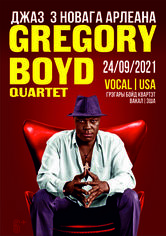 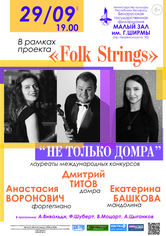 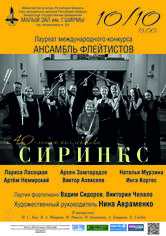 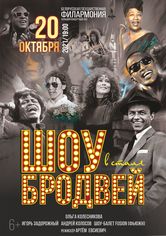 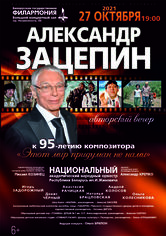 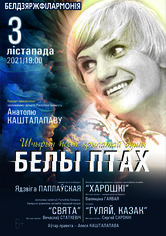